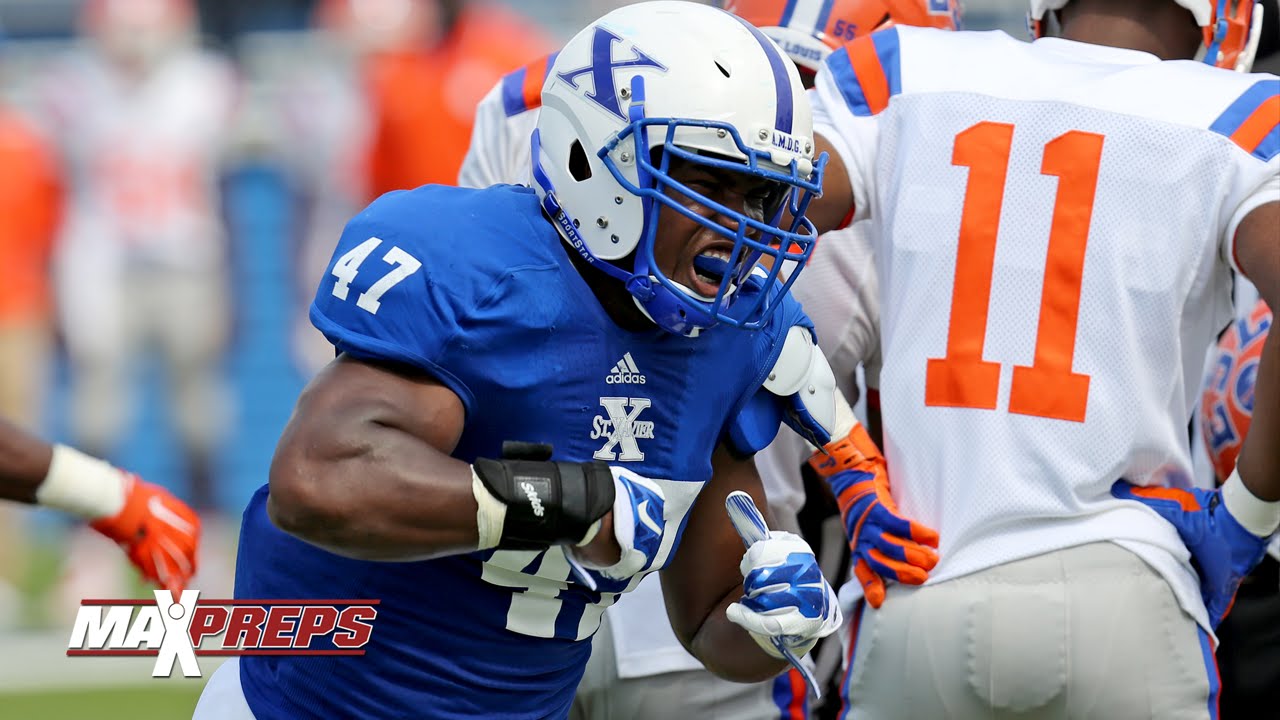 There was no drama for Justin Hilliard on Wednesday morning. No hat displays, no social media consternation over which college football program the young man from Cincinnati St. Xavier High School would choose from the hundreds that had at one point or another expressed interest in him.

Hilliard did away with the theatrics of National Signing Day last summer when he announced he was committing to Ohio State. This was well before the Buckeyes went on their run to winning the national championship. Once Ohio State showed interest in Hilliard and pursued him with intent, there really wasn’t much surprise in the decision.

The kid grew up with Ohio State bed coverings and had Buckeye-everything decorating his room.

“If someone told me my freshman year that I would be signing with Ohio State, the school I always wanted to go to, I would probably have laughed at them,” said Hilliard.

Given that Hilliard was on the third string of the depth chart of his freshman team, it’s easy to see why he’d have that reaction. Then. Not now.

Hilliard is a consensus five-star recruit, one of the top linebackers in this year’s graduating class. Ratings and rankings are what they are; grading a player for what they’ve been so far and a projection of what they could be in future. They are no guarantees.

“I look it as something for motivation, something to strive for,” said Hilliard. “I wouldn’t say it’s a reward. It’s not set how good you are. It’s one more thing to use as motivation.”

And his older brother C.J., who redshirted last season as a sophomore running back at Iowa. The Buckeyes and Hawkeyes aren’t scheduled to play in the regular season until 2017.

“He’s definitely happy for me, and I’m happy for him. He loves it up there at Iowa,” said Hilliard. “We don’t talk about (playing each other) much.”

This is the fourth straight year that the most highly-touted recruit from the Greater Cincinnati area has chosen Ohio State: Defensive lineman Adolphus Washington (Taft 2012) and H-back Jalin Marshall (Middletown 2013) were major contributors to this season’s national championship, while defensive end Sam Hubbard (Moeller 2014) spent his freshman season learning as every freshman must.

“I expect to get a good amount of time but also to learn from the older guys,” said Hilliard. “I think it will be a good experience. I won’t get thrown right into the sauce if I’m not ready.”

He already knows what it means to work his way up a depth chart.