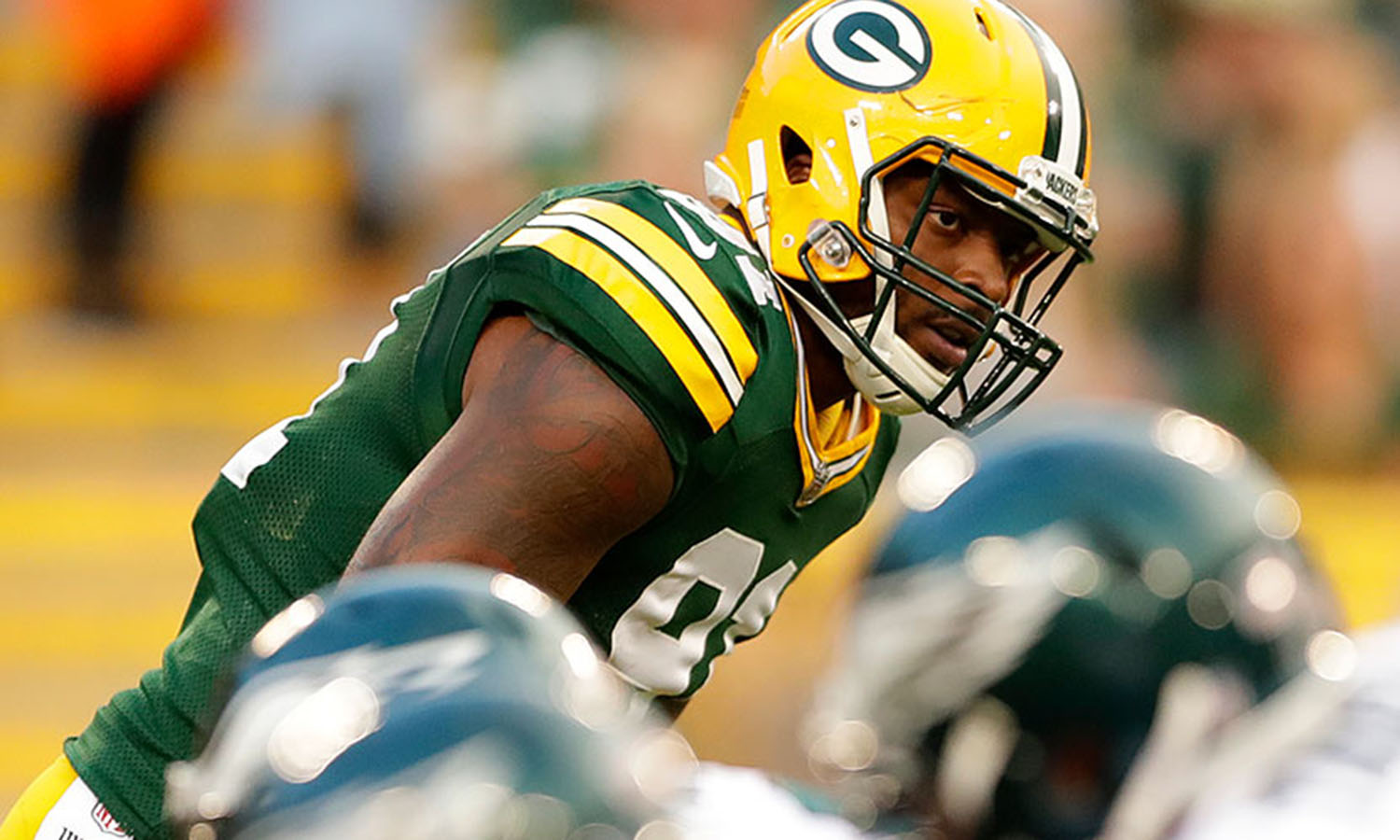 Fourth-year vet looks to seize opportunity at outside linebacker

GREEN BAY – Winston Moss has seen this kind of progression before in his linebackers.

From Desmond Bishop to Nick Perry, the Packers associate head coach has watched countless playmakers go from backups waiting for years in the wings to full-fledged contributors during his 11-plus seasons leading Green Bay’s linebackers.

On the eve of the 2017 campaign, Moss can sense a similar fire burning inside fourth-year veteran Jayrone Elliott when he surveys his room.

Three years ago at this time, Elliott was one of 21 unknown college free agents trying to make the Packers’ 53-man roster. The 6-foot-3, 255-pound pass rusher quickly made a name for himself, earning a spot with a five-sack preseason.

Elliott, now 25 years old, has developed into a reliable leader on special teams. In spurts, he’s flashed potential on defense with four sacks, a forced fumble and interception in 38 regular-season appearances.

The issue for Elliott has been opportunity. His time in Green Bay just happened to coincide with arguably the deepest corps of edge rushers in Dom Capers’ eight years as defensive coordinator.

A shift occurred this offseason after Julius Peppers and Datone Jones exited in free agency. While the Packers drafted Wisconsin’s Vince Biegel in the fourth round to help reload outside, they’re counting on Elliott and Kyler Fackrell to step up in the rotation behind Perry and Clay Matthews.

A third-round pick in 2016, Fackrell is coming off a rookie season in which he recorded 18 tackles, two sacks and a forced fumble in 13 regular-season games.

“We know what they bring,” Matthews said. “Jayrone has continued to make his plays, but it’s more so been on special teams because of the guys he’s playing behind. We’ll ask them to continue to do their job whenever they get in the game, which is make plays against both the run and the pass.

“They’re making progress and we really like what we’re seeing out of them.”

Elliott has taken a lot from both Perry and Matthews. He traded text messages throughout the offseason with Perry and has patterned several parts of his game after Matthews.

“I have to give a lot of credit to Clay Matthews, honestly,” Elliott said. “He showed me when you take chances and make the plays, you’re a hero. At the same time if you don’t make them, you have to sit there and take the good with the good and the bad with the bad. He’s helped me grow and helped me learn when to take chances and when not to.”

Elliott feels ready for this opportunity. He’s been preparing for it every year going back to his first exit meeting with Head Coach Mike McCarthy and Moss after his rookie season.

The annual conversations touch on a lot of topics, but each time, McCarthy has left Elliott with a familiar challenge for the upcoming season – take the next step.

It’s an idea that powered Elliott’s training this offseason whether it was during his time in Green Bay or his workouts down at Ignition APG in Cincinnati.

“He’s expecting more out of me each year; he’s going to demand more out of me,” Elliott said. “As a young player, that’s exciting to hear from your head coach that he’s expecting something from you. I kind of take it personally because I don’t want to let him down.”

It was during his time at Ignition that Elliott worked with Carolina All-Pro linebacker Luke Kuechly, who occasionally trains at the facility during the offseason.

It afforded Elliott an invaluable opportunity to bounce questions off Kuechly, providing a small glimpse into the linebacker’s psyche.

“His football mind and IQ is so crazy,” Elliott said. “He pre-snaps and calls almost every play the opponent is running. He tells you what he can see and how you can approach it and attack it faster.”

The key for Elliott is in his consistency. He’s talked at great length this offseason about the need to maintain his focus and edge throughout the course of a long season.

That process starts in training camp, which Elliott admits has been the fastest of his NFL career so far. Since the beginning, his goal has been to build on every practice, every meeting.

Whenever the Packers turn to him this year, Elliott believes the approach he took this offseason has him ready to seize the opportunity before him.

“I try to do more each day, do a little more than you did yesterday,” Elliott said. “Whether that’s being more vocal, running an extra sprint after practice or one more strip attempt at the ball, getting lower than the tight end on a run block, just working on something new every day.”